Navigation
You are here: Home / Appetizer's and Small Plates / Aquachile with Shrimp
974 shares 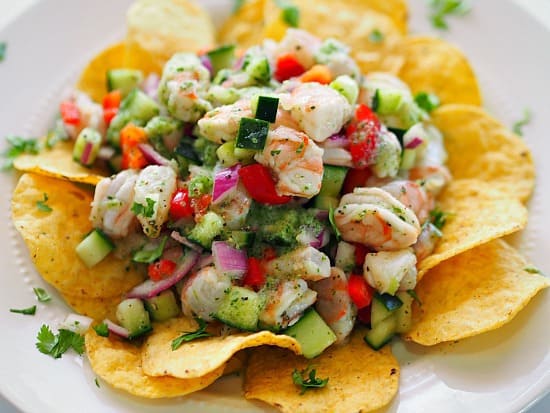 “Real” Mexican food on the coast of Puerto Vallarta. We had this Aquachile with Shrimp as an afternoon snack at the pool bar. Best bar food ever!

Oh geez! I know it seems like I have been traveling a bit lately and I have. I couldn’t say no to this opportunity though. A childhood friend called and said, “I have a time share that I need to use up in Puerto Vallarta, wanna come”? Um, yeah and oh, Southwest Airlines had a non-stop from Denver for a stupid low price. I couldn’t say no to this and I really wanted one last blast of sun and tanning before winter really kicks in here! So, I just got back from Mexico and had some of the most fun that I have ever had in my life! So here is begins. I’ll start with this weeks recipe. Aquachile with Shrimp.

The hotel that we stayed at had the most incredible infinity pool and the swim up bar. Holy cow! I had never seen anything like it. Period.. Anyway, the bartenders were all really nice and fun to chat with. While I was hanging out cocktailing with some of my new friends we asked the bartender what he likes to eat. He said “Aquachile with Shrimp”. Of course we had no idea what he was talking about (and he could have totally made up this name up, but I’m going with it) so he went to the kitchen and had the chef make this for us. OMG! I thought that I had died and gone to food heaven. It’s kinda like a civeche but it’s made with cucumbers and lime. He told me what was in it and I kinda just ran with the idea but added some orange juice (to cut down on the tang) and some red pepper to make it pretty for the holidays. Heck, we all have a potluck party to go to, right?  This recipe is so easy to make as it involves no cooking, it’s super healthy, gluten free and it’s just darn good. Nothing is better than “real” Mexican food and this is the real deal for sure.

I don’t want to bore you with the crazy adventures that I put myself in but if you travel at all to the Puerto Vallarta area this is something that you need to check out. Seriously the most fun that I have ever had in six hours in my life. My friend that I traveled with has a huge adventurous spirit and suggested that we go zip lining. I have never done that so I totally agreed that it would be fun. We had no idea what we were in for… First of all, I need to add that I have been on many tours in my life but I have never seen such organization by a tour outfit. Vallarta Adventures  should get a gold star! Anyway, here is our day, remind you we thought we would just zip line… We got picked up in a boat for a 40 minute ride to this tiny village, then a 4-wheel drive vehicle picked us up for a super bumpy ride up a mountain road, then we got geared up and jumped on the back of a mule (yep a mule) for a ride to the top of the mountain. It was just a huge adventure getting there! Then the real fun began. I had never zip lined before and I must admit that I was nervous but after the initial “push” and the first “woo hoo”, I am officially hooked. So freaking fun and scary all at once ! A couple more zip lines down and then the waterfall. A big waterfall that we had to repel down. Nope haven’t done that before either but when in Rome… you repel. Um, that was way to fun (and really wet) too. I can talk forever about this adventure but here is a summary of the day (I already described the beginning), nine zip lines, two repelling obstacles in the water, multiple “high ropes” bridges, a little hiking and two enormous water slides, another 4-wheel drive down and the boat to get you home. The craziest  thing about this though (you won’t believe me) is that it only cost $100 USD. I thought they were teasing me with the price. Wow! That’s what you call getting more for your money! Can you imagine what they would charge here for all this? Super good times in Mexico!


Aquachile With Shrimp
Recipe Type: Appetizer
Cuisine: Mexican
Author: Heather Blake
“Real” Mexican food on the coast of Puerto Vallarta. This is a no cook, super easy recipe. Perfect for bringing to a party.
Ingredients
Instructions
Notes
There will be about a cup of the sauce left over. I put it in a zip lock bag and marinaded a couple of chicken breasts for terrific lime chicken that I grilled! Just an idea!
3.4.3174 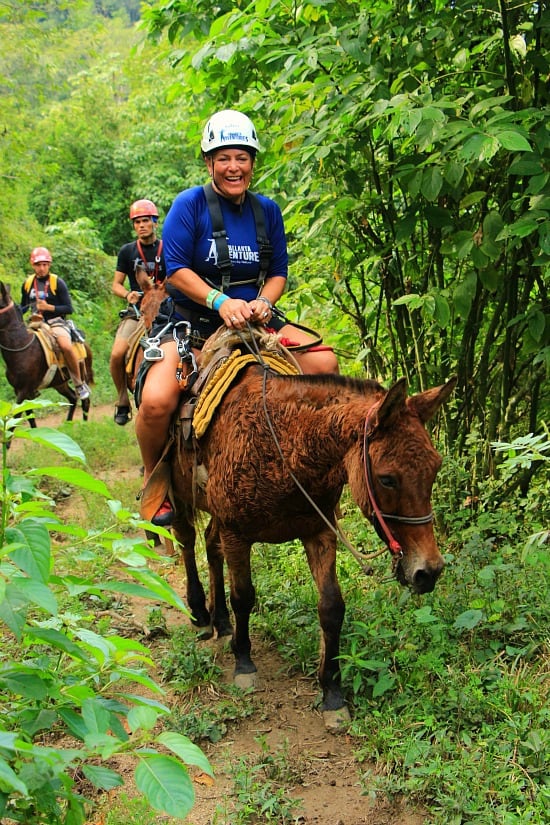 Me and Pepper. I was laughing so hard… I’m riding a mule. Who rides a mule?

Yep! That’s me! For a gal that hates heights and a really nice guide who nudged me over the edge, I overcame my fear and couldn’t wait for the next zip line.. 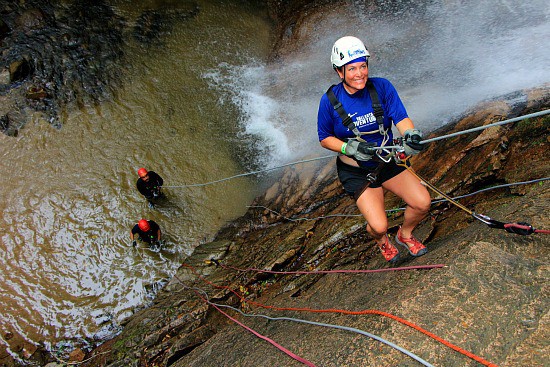 And then there was the waterfall. Nope, I had never repelled in my life. Again, don’t look down and just do it. OMG! So fun! 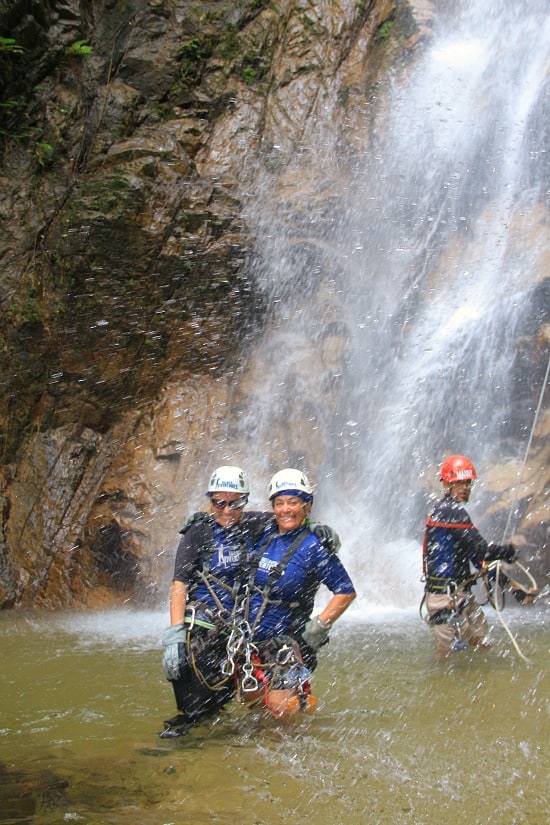 Burr, the water was freezing! Doesn’t help that a couple of the cute guides were splashing us with extra water! 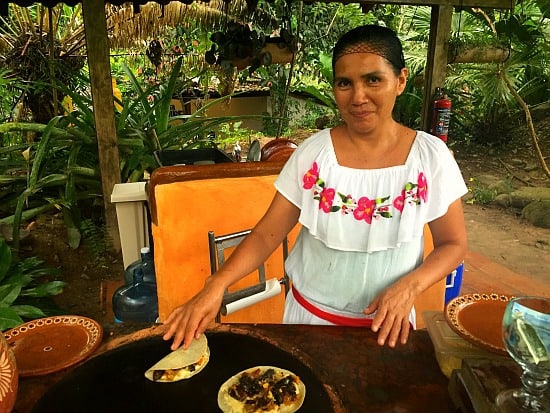 This is Inez. She made the most yummy quesadillas when we finished up. Filled with these amazing mushrooms and zucchini flowers. 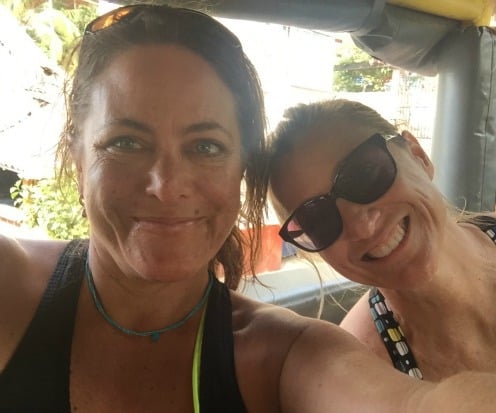 Smiling big after the most fun that I have ever had in a six hour period. Wow! 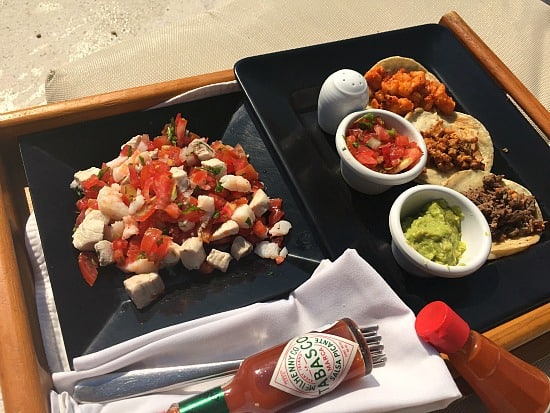 Lunch by the pool. Seriously? I was sitting on my lounge chair and they brought us this! Ceviche and taco’s! Yum! 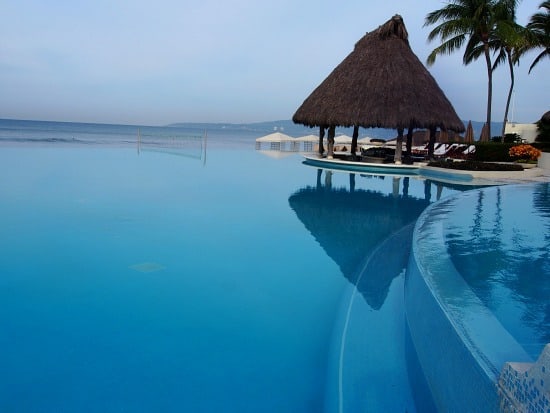 Early morning by the pool. 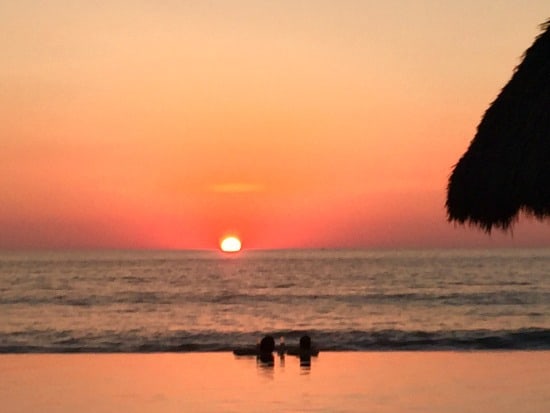 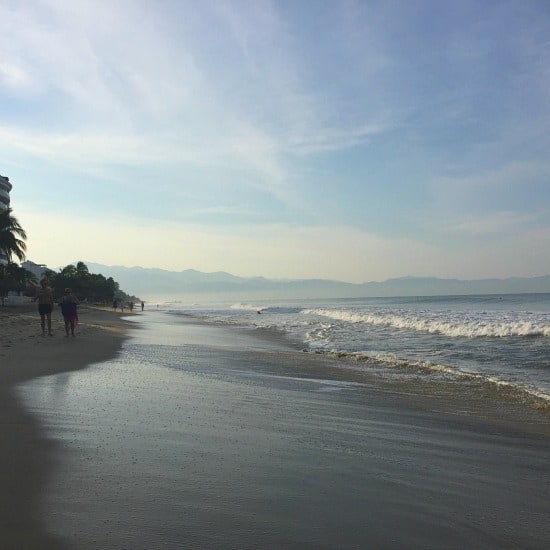 Early morning walk on the beach North of Puerto Vallarta. Just beautiful. I wish that I could start off every morning this way!