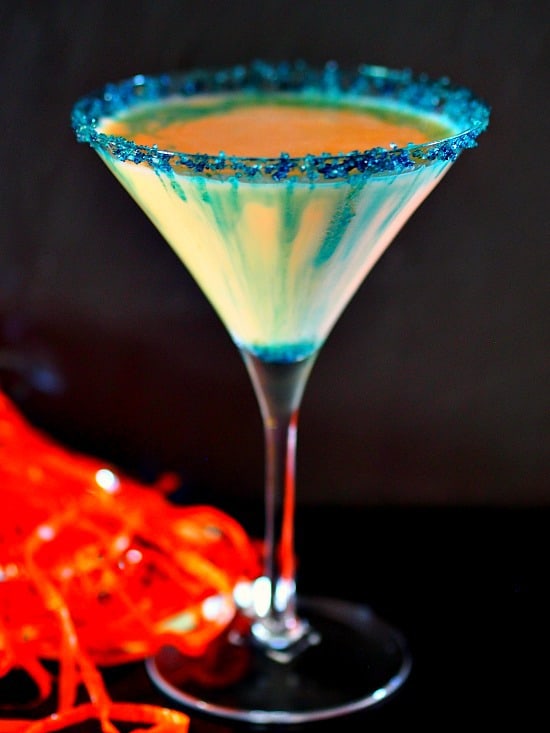 In honor of the first playoff game of the season! Everyone needs a little  “Orange Crush” in their life…

It’s a big weekend here in Denver… The Bronco’s and the Colt’s. Manning vs. Luck… Both teams have bone to pick..A home game after two weeks off. The first playoff game after the Bronco’s devastating loss in the Super Bowl last year. As you may guess, Denver fans are just a little excited to say the least. If you are like me, and wasn’t lucky enough to get tickets to the game, we will be watching from home. I am 99.9% sure that every household in Denver will be glued to their TV. I have heard of so many parties going on and I have had a bunch of people bug me to make up a cocktail to serve at their soirees after last year’s Bronco-Tini. So here it is, an Orange “Crush” a-Tini (I went old school on this name in hopes that the spirit of John Elway’s past will surface).  It’s an alcoholic “creamsicle”  in a glass. OMG, who doesn’t like a creamsicle? Not this girl. Creamy, orange goodness all in one glass. A fun drink to serve when beer just won’t do. Give it a try. It is a good luck drink. I just know it….

Let’s get this Bronco’s! We all know you can do it! 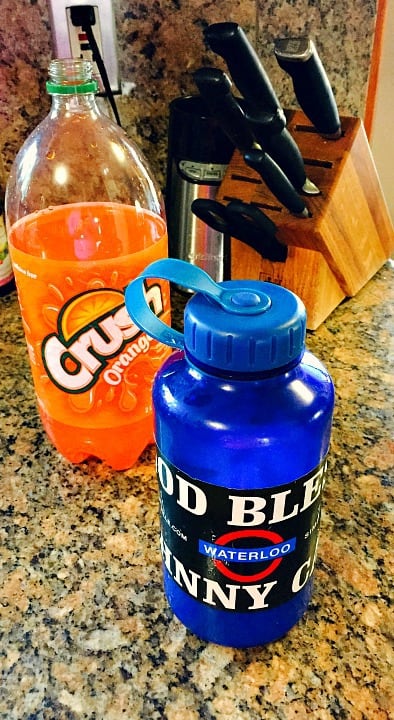 I pretty much have every kitchen gadget under the planet except for a cocktail shaker. What? A Nalgene bottle complete with my “God Bless Johnny Cash” sticker worked just fine!