Navigation
You are here: Home / Events and Parties / Chicken and Sausage Gumbo
1348 shares 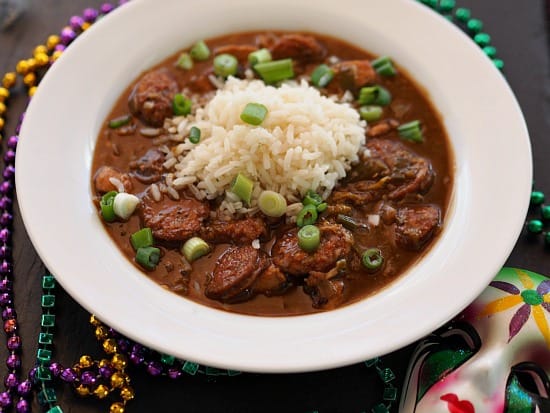 Wow! Wow! Wow! What a week it’s been!!! Holy Super Bowl win for the Denver Bronco’s! I’m not sure I have been as nervous as I was watching the game. I seriously had my sweater pulled over my face for the entire game!! What a cool birthday gift and a huge win for our great city! So I guess when it rains it pours and this week was no no exception. Super Bowl, the Bronco’s parade, Fat Tuesday and now Valentines Day all in one week!  What’s a food blogger to do? Usually holidays and big events are spread out so I can adjust my posts for the theme but not this week,  so I chose Fat Tuesday over Valentines. There is a reason for my madness though, so let me tell y’all!

Tuesday. What a day. Our city scheduled the celebration parade for our Super Bowl win very quickly! I’m not sure how they handled the logistics as well as they did. Seriously, our local band, Big Head Todd and the Monsters even showed up for a concert at 10 am at Civic Center Park! I’m still in awe and the chill bumps are starting to fade. So get this. Colorado has roughly five million people who live here and over one million people showed up to watch the parade. There were no fights, no vandalism and only one person was arrested. (Can you imagine being “that” guy)? How do you have so many people in one place at one time and everyone was so well behaved? I guess that’s Colorado for ya. Good friendly people who get along with each other. Kinda brings a tear to your eye!

Anyway, Chicken and Sausage Gumbo… So last summer I sold a condo to a gal that I met on the airplane down to NOLA. We remained friends and I became her Realtor. She ended up falling in love her place downtown for two reasons, one, it’s a cool historic art deco building and two, the building is next to the best Cajun restaurant in town! (She grew up in NOLA). Her condo happens to be on 17th street which was the parade route for all the festivities.  So you get where I’m going here. Parade, Fat Tuesday… We met at Bayou Bob’s for a pre-parade hurricane and then ran over to her place to watch it. It was pretty cool hanging out a window to watch the parade and not having to deal with all the crowds! Once all the people cleared out, we headed back over to Bob’s for more hurricanes, live music, crawfish and gumbo!  I love Gumbo and decided that I had to make it this week! So here you go… Chicken and Sausage Gumbo. I told ya I had a reason for all this! 🙂

Now we get back to reality in Denver… 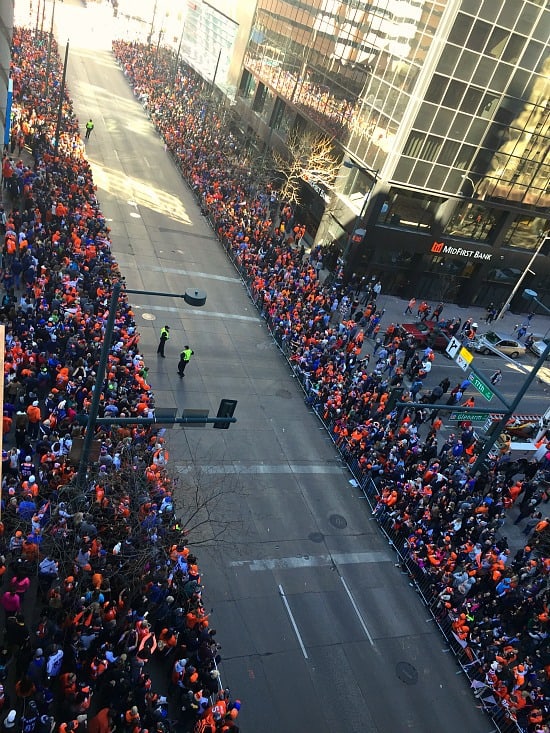 What a crowd! One million people in one place at one time and only ONE arrest. Gotta love Denver and all the really nice people just enjoying the experience and being “United in Orange”! WOW! 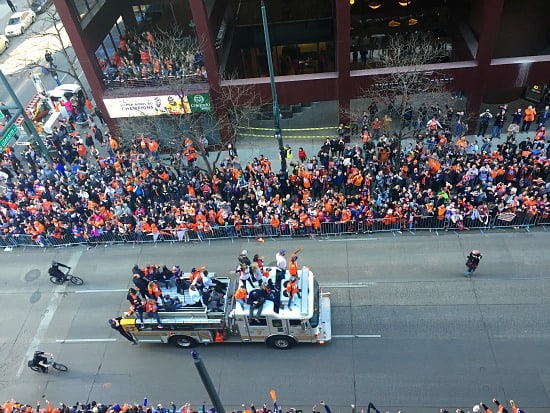 We avoided the crowds and watched from 6 floors up! Pretty cool view and less “cozy”! 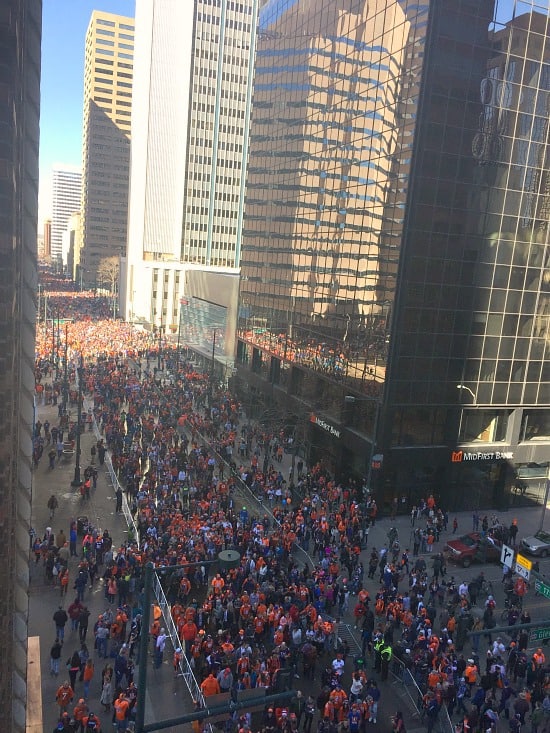 After the parade… The hoards of people started walking down 17th Street! Wow! 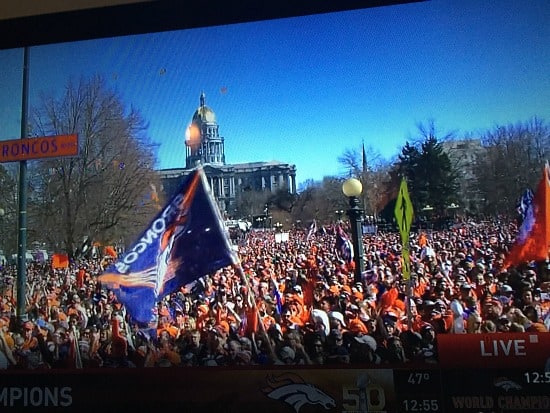 A screenshot from the TV. I have never seen so many people in one place at one time in Denver! Gives me chills!