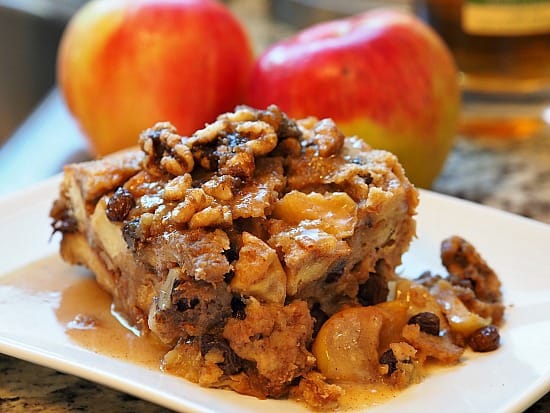 I know apple pie is the norm for Thanksgiving but this Apple Bread Pudding with Apple Brandy Sauce screams holiday! Super decadent! You will only need a small piece, maybe..

Well, I wasn’t planning on cooking for Thanksgiving this year but our dinner for seven quickly soared to sixteen in the past day! Wow, this is going to be a fun day! Me and my parents, my brother and his family, my Aunt Nancy, old man Cotton, my friends Lauren and Paul and their kiddos and family friends Rona and Mark. Oh and six dogs… It’s gonna be a super fun group filled with I’m sure lively conversation and way too much food. That’s ok though, we are really blessed that we can feed that many people!  I’m in charge of smoking a turkey breast on my Traeger and saw this recipe for a Maple Bourbon Brine. I have never brined a turkey before so I’m looking forward to trying something new. I am going to do this on Tuesday as the week is gonna get crazy busy! What I’m most looking forward is to seeing my nieces and sister in law! It’s been a year since we have seen each other which is silly but we all get busy. So the plan is for everyone to come down to my place on Wednesday after we go do a mine tour up in Idaho Springs and lunch in Georgetown. I’m excited to make a big family dinner and show off the new kitchen!

I’ll be making my Pumpkin Ale Pot Roast, egg noodles and a big salad for dinner and I made this Apple Bread Pudding with Apple Brandy Sauce for dessert. I’m pretty sure that my family is going to kill me for making this super rich amazing bread pudding but I had to! It’s what happens when I clean out my freezer and I find a bag of leftover brioche from my Fireball Whiskey Peach bread pudding this summer. With the spirit of Thanksgiving upon us and knowing that we would get our fill on apple pie this week, Apple Bread Pudding with Apple Brandy Sauce just sounded good!  Of course, I had to add booze to the recipe and Calvados (apple brandy) was the perfect addition. It really makes it taste the most flavorful apple ever! If you are looking for something else other than pie on Thanksgiving, make this! It’s so delicious and you may want to take a bath in this sauce!

Have a happy and blessed Thanksgiving! 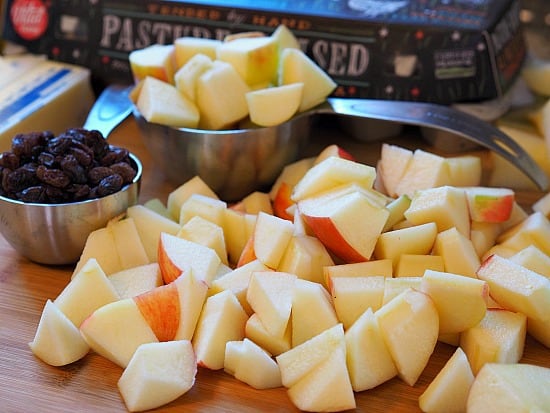 All chopped up and ready to make the filling! These apples were perfect! 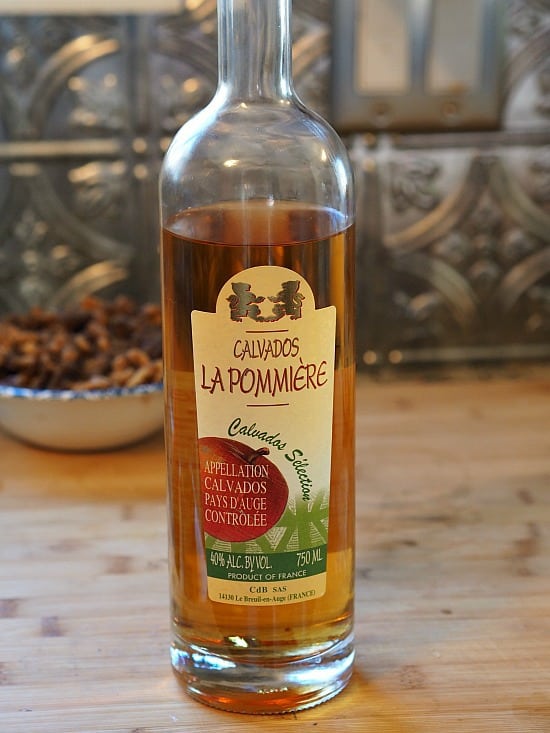