Hard Apple Cider Brined Pork Loin is a great way to jazz up a pork tenderloin. Super flavor and deliciously tender with just a hint of apple!

Have you ever drank one of those hard apple ciders? I hadn’t but have seen the commercials for them. Over the 4th of July, someone had them in cooler, so I dug in and tried my first one. I must say it was only “OK”, but I thought that I could figure something to make with it. It’s a little sweet, a little tart and has a serious apple taste. Since apples and pork are kinda a match made in heaven, a brine with the hard apple cider seemed perfect. Hard Apple Cider Brined Pork Loin is a super easy dish to make the night before and put it on the grill the next day. The apple cider and the apple juice with just a hint of salt break down the pork tenderloin perfectly. Never have a dried out pork loin again. “Give it a good brine and it will come out just divine”! I wrapped this in bacon (because everything is better with bacon), but it’s really not necessary, just extra special! Try making Hard Apple Cider Brined Pork Loin, it’s delish!

So yesterday, I did something that I haven’t done in 20 years! (It’s so weird saying I did something 20 years ago). I took a Colorado road trip over Independence Pass. Independence Pass (HWY 82) the highest paved crossing of the Continental Divide in the U.S. and is a shortcut to Aspen. The road is only open in the summer as it is so high in elevation and gets so much snow that it can’t be maintained. It’s one of those drives that you need to pay extra close attention to the road and your surroundings. A little white knuckle driving if I do say so myself!

Anyway, it’s one of the most stunningly beautiful drives that you can take in our state. We started on the Twin Lakes side of the pass which to me is the preferred way to do it. The views are breathtaking looking onto the lakes and up to the huge mountains that surround them. You can’t help but stop, take a few pictures and take in the feeling of being so small. It’s quite incredible.

Once you start climbing up the pass, switchback by each switchback, the views become more and more insanely beautiful. Speaking of insane. I witnessed the most off the wall thing I have ever encountered. (Make sure you check out my pictures below so that you know that I’m telling the truth), but we met a man who rode his unicycle (yes a unicycle) over the pass. It’s 90 miles roundtrip from Aspen to Twin Lakes and this man, “does it”, “all the time”! Holy crap, I was tired just thinking about it! Just to put things into perspective, the road has a 6% grade on both sides, IE: it’s freaking steep. His bike is a “fixed wheel” which means it only goes as fast as he peddles but it also only moves if he pedals, so he has to peddle downhill. That seems so weird to me! There is no breaking system on this bike! OMG! I would die! Regardless, good for him. Someone has to do it and be blessed with good balance and endurance!

So that was a crazy thing to witness, but what was really spectacular was the abundance of colorful wildflowers (everywhere), high mountain peaks, crystal blue alpine lakes, fast flowing streams and lots of high alpine animals.  Exactly what you would hope to see on a Colorado road trip! After we got over the pass we stopped in for a beautiful lunch in Aspen. Aspen is a cool town, especially in the summer.  It’s very dog-friendly and tries to have a laid back vibe! Lol! Regardless, the people are friendly and the $34 lobster roll at lunch was worth every dime! LOL!

Besides being pooped from a 12-hour road trip, we all had a blast!

Enjoy! Make sure to check out all the pretty pictures! Colorado is just gorgeous!

We started our adventure on the Twin Lakes side. The views were breathtaking!

The wildflowers were insane in the mountains. The Indian Paintbrush was quite prolific!

This is hard to believe, but it’s true. Back and forth from Aspen to Twin Lakes is almost 90 miles. This man did it all on a unicycle! Only in Colorado! 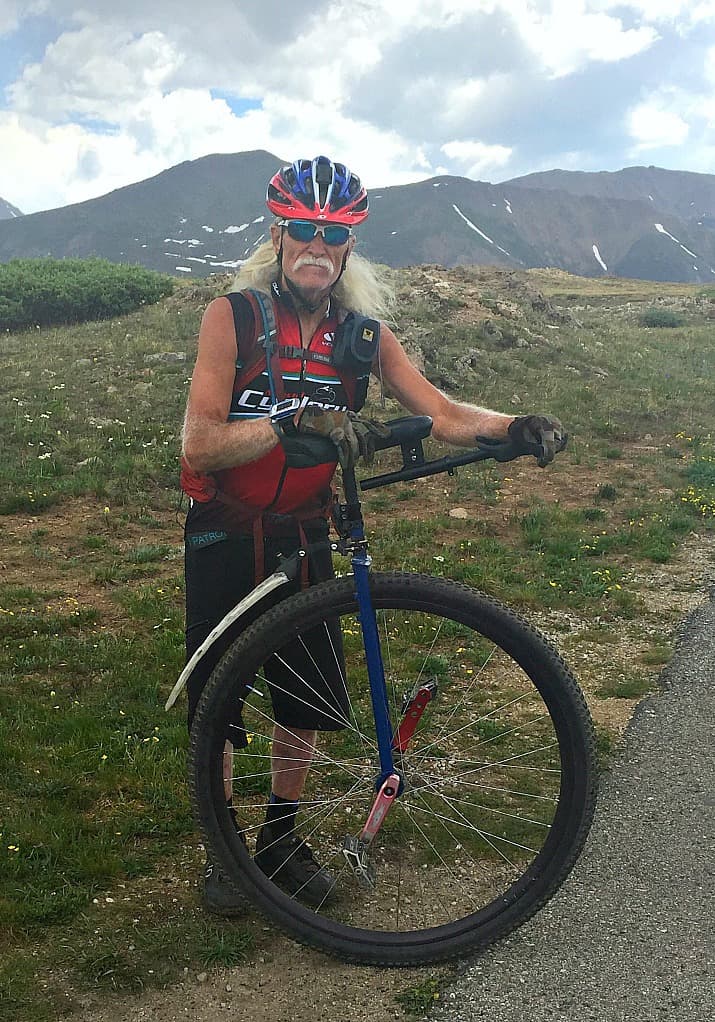 This is Mike. The man on the unicycle. He was a total character, to say the least. If I could have just a sliver of his endurance that would be OK by me! This man is a rock star and has a great personality to boot!

Me and my friend Anna and our fur babies on Independence Pass headed into Aspen!

Me and my kids. Old man Charming Charlie and my little one Tommy. 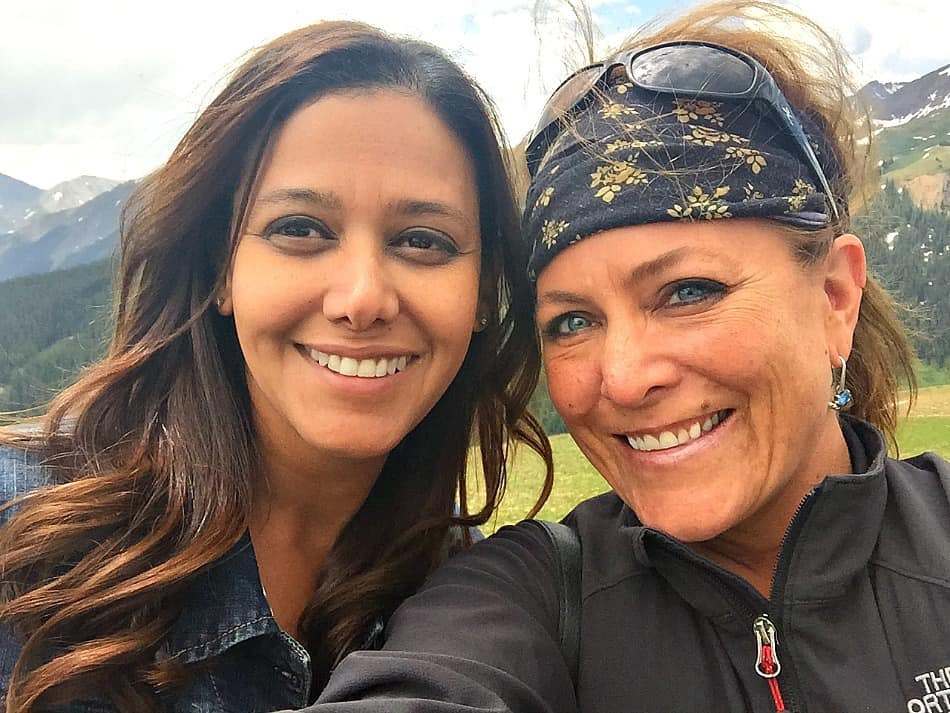 Anna and I met on the airplane to the Galapagos Islands in March! We have become fast friends and share the same spirit of adventure. This was our first road trip! 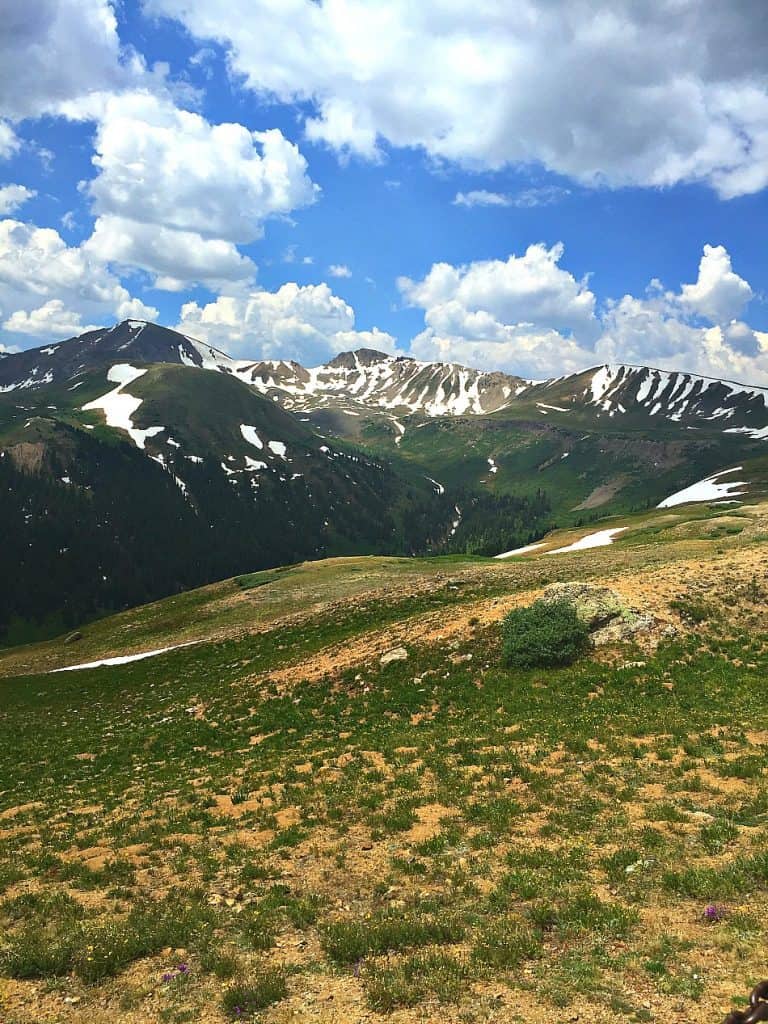